[Update: We changed some of the early stills to production versions]

As the summer draws to a close, we are happy to report that our first major project since the reimagining of the group is slowly, albeit steadily, nearing completion. We thought this to be an opportune time to introduce it, and its title is Imago. The work is a hybrid between a videodance piece, a short film, and a web series. It will be released on Vimeo with a runtime of approximately 12 minutes. Although self-contained, the conceptual information is of such depth that in fact renders it episode 1, titled “Orientation”. If all goes well, there will be more. 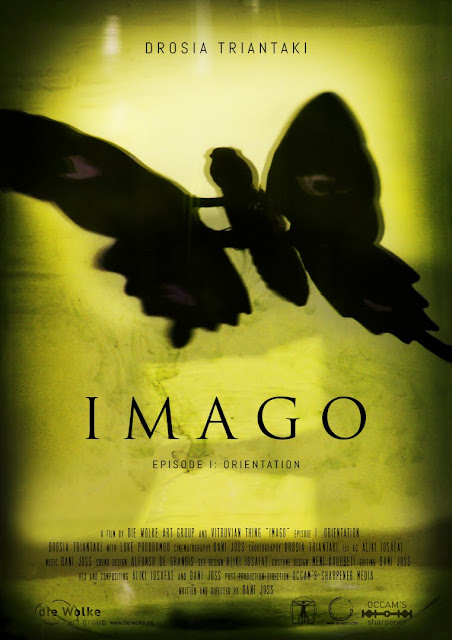 Imago is, firstly, the Latin word for “image”, also the origin of the word “imagination”. In biology, it refers to the mature stage of insect development (e.g. a grown butterfly, distinct from its caterpillar and chrysalis stages). The term also has Jungian connotations, as well as used by Lacan to describe the mirror-image of an infant as a Gestalt. Our first episode, of course, barely scratches the surface of the insect, transformation, and identity themes, as applied in the creative process. There will be a separate blog post that will discuss the conceptual corpus of Imago, after the video is released. 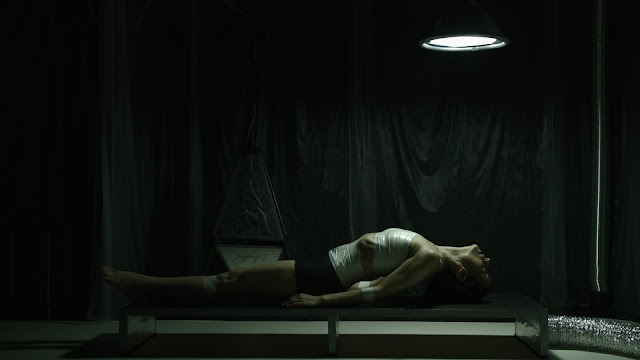 Our heroine, portrayed by Drossia Triantaki, is an instance of a creative individual, as is the primary antagonist, the Engineer, whose voice we only get to hear, brought to life by Luke Prodromou. She finds herself inside the Engineer’s story, that needs to be finished. Her exploration and interaction with the story’s elements brings to life the clash of their respective creative styles, setting up much more than can be resolved in the 12 minutes of screen time. The choreography is doubly significant, in that it exists not only as an abstraction of the themes being developed, but is also the heroine’s default responsiveness, that is to say, the movement oscillates between being abstract and actually belonging in the action, often being both at the same time. This, for us, represents a departure from traditional video dance exposition; it is loosely analogous to the comparison between a traditional opera, where the performers sing their dialogue, with a play that a character was actually meant to sing, often being both simultaneously. 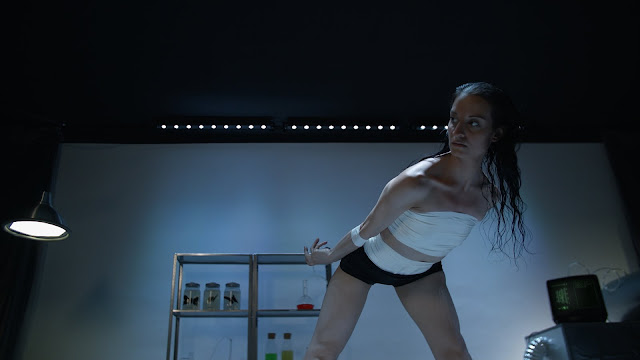 There was a lot that went into making this happen, and, of course, it is not finished yet. We had four distinct sets, two of which were constructed in our studio, Vitruvian Thing. The main laboratory setting, where most of the action takes place, took around a month to construct. The costume, created by Meni Kourbeti, went through several iterations before being finalised. Along with several test shoots, concept art, and pages upon pages of notes, these concluded the pre-production sometime in June, before we went on to filming. With resources as thin as ours, we ended up shooting the entire short with just one Sigma lens, although the completed rig with the Blackmagic Cinema Camera was really versatile. We also made a 4m dolly/slider, the Triad 1. Without going too much into the cinematography aspects, what I really liked about the setup was the raw, uncompressed, video. Although many SLRs can produce very watchable images nowadays, we found that the flexibility afforded by uncompressed video is what allowed the post-production process to be possible to begin with. Mistakes and assorted “unorthodox” methodologies aside, since we’re new to this, we feel we’re overall happy with the result. Filming concluded sometime in mid July. 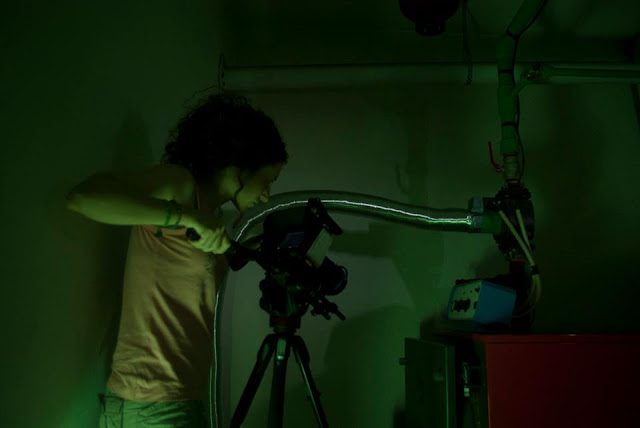 Which brings us to post-production, which is where we are today. Firstly, there was the edit. We wanted most of it edited in continuity-style, and found out exactly how much harder this is for dancing, compared to traditional action. You have all these precision moves that need to blend seamlessly together. Additionally, we tried to avoid overusing medium to far shots that one often sees in videodance pieces, primarily because the performer needs to fit in the frame nicely, and we wanted to do it without resorting to macro closeups without good reason. In the process, we developed a few “rules” (that of course we break all the time) that are specific to framing and editing for dance. In fact, we’re planning a seminar on the subject. 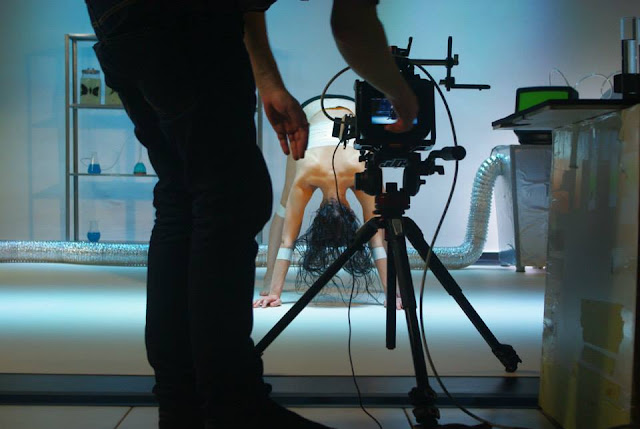 Following the edit, we started on the long, hard road to VFX. While not a visual effects heavy production, we wanted the primary set of this first episode of Imago to feel like it is a living story, to be imaginative, to come alive. Additionally, there were some story elements that, although possible to imply by simple editing, were much more specific when explicitly presented. There was also a good deal of digital makeup, keying, planar and 3D tracking, camera match-moving, 3D asset design, and tricky compositing techniques that went into making those. We don’t want to spoil anything yet, so detailed descriptions, along with some making-of videos, will follow the initial release. Suffice to stay that we’re still at it, almost a month and a half into the process. Of course, there’s just two of us doing that, our chief designer Alice Iosafat, and myself, under our Occam's Sharpener post-production subdivision. Some of the shots needed literally hundreds of man-hours for just a few seconds… 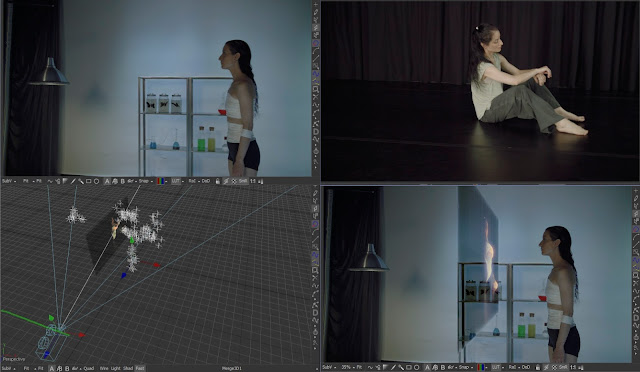 I’m also happy to having composed the music myself. Although far from done, it is well into the recording process. Drawing in traditional avant-garde and ambient styles, it is as much an augmentation of the ambient tracks, as well as a pacesetter for the “action” scenes. Given how much workload I have at the moment with all that, I’m grateful that we have talented sound designer Alfonso de Grandis working on the ambient, sound effects, and foley elements in London.

This is all meant to give you an idea of what went into producing Imago episode 1, Orientation. Over the following months, we’ll give you many more details regarding the concept, some clues for the slightly more mysterious elements, like the various symbols, and texts and videos on the specific techniques that were used. There will be a trailer available shortly. The short itself should be available sometime in October.