A few notes on our Locus 16|a projection event

Locus 16|a: a projection event of 11 works by Thessaloniki artists. That was one of the simpler tag lines we used, alone with the slightly more confusing, but better sounding Screen Art and Imagery of Proximal Origin.

Locus 16|a, the first attempt, finished a while back, with great success. We added new dates three times, for a total of 8 showings. And, as we indicated, we have been using the money from the contribution box to promote the works. To this end, we built a dedicated page at locus.die-wolke.org/16a.php, which hosts all (actually, almost all) of the projected works. The intent is to have a new page for every iteration of Locus, as our ambition is to host it as often as possible, thus creating a sort of unofficial archive of visual art that has been produced in our city. We also started a Vimeo channel at vimeo.com/channels/locus, which houses not only the videos but also the trailers and other related materials. We then used Facebook's advert tool to send these two links to as many news feeds as possible. 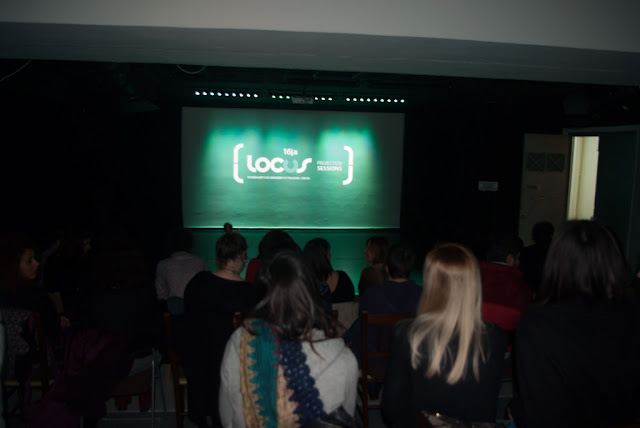 The reason that we believe so strongly in Locus is that we feel very strongly about the current state of affairs regarding viewing conditions and value of audiovisual works. In particular, we believe that as the Internet has shifted from being an excellent tool for promotion to essentially the natural home of these works, their perceived value has proportionally shifted towards nothing.

To see a work projected in a venue requires certain actions: one must schedule it, book a place in advance, communicate his/her plans with friends, arrange everything, commute, attend. After the projections, there are also ample social opportunities to discuss, meet the creators, and so on. We propose that these activities actually modify the viewing experience: no longer will something be dismissed within a few seconds, or hastily experienced in the midst of phone calls, internet chats, and so on. The brain enters "critical mode". Add to this the immersive environment, i.e. big screen in darkness, clear sound in silence (a perceptual contrast, if you will), and the works are experienced in the way they were meant to. 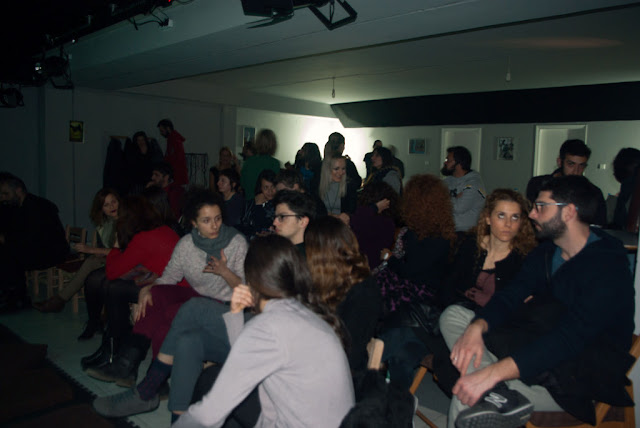 The rest is wishful thinking, perhaps: we'd like to see these works, and others like them, find an audience; that is, people that actively seek them out. We believe that by projecting local works, we consolidate the community itself, and introduce each artist's work to the audience of the others.

Ironically, the only way that we can promote both the works and this idea is through the Internet! And we do love the Internet, it has allowed for so many wondrous possibilities. That said, we'd like to try and get people to actively come and see these works, either at Vitruvian Thing through Locus, or anywhere else.

To this end: We are actively seeking works in the area of video art, video dance, animation, and experimental film for the next iteration of Locus! Locus is not a festival: no judges, no official selections, no awards. It's about the projections themselves. We hope to grow even more, maybe even acquire the means to show the works in other cities. But before we do all that, and in order for it to work, we need to meet the artists! Message us, call us, get in touch however you want (e.g. through die-wolke.org), and let's show the work!
Posted by Unknown at 6:20 PM